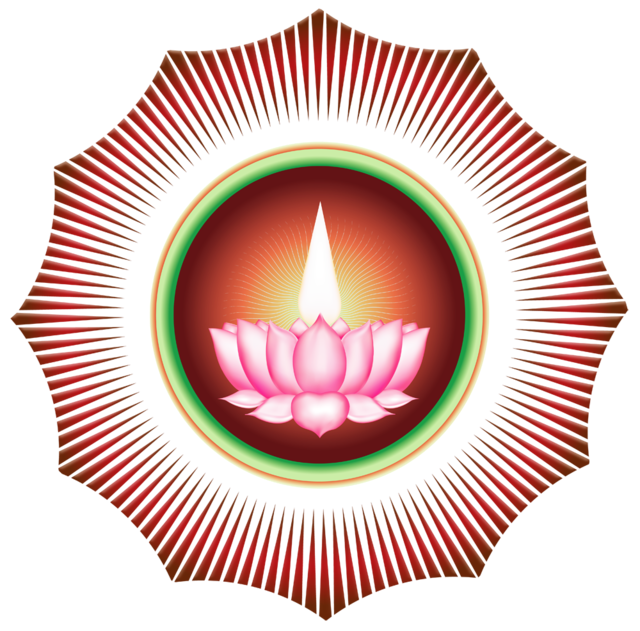 Ayya Vaikundar (அய்யா வைகுண்டர்), aAkilattirattu Ammanai (or Akilam), a scripture of the Ayyavazhi, was a Manu (father, sovereign) Avatar of Narayana, incarnated as Ayya Vaikundar. In order to get the physical human nature, Lord narayana used the body ofMudisoodum Perumal. (also called as Sampooranathevan) (c. 1810 – c. 1851).[1] deva (a deity).
ccording to

The exact date of birth of Mudisoodum Perumal is unknown. It is mostly placed in either 1810 or 1809, while others follow the view of Akilam.

Birth of body and spirit

In 1809 a child was born to the couple Narayanam and Mahalekshmi in south India, at Swamithoppe in the Kanyakumari District (part of Travancore then). They initially named the child Vaikundam, meaning "Lord Narayanam with a crown"
The religious book, Akilam, tells of a legend of a child who was born dead, and then the soul of the deva Sampooranathevan was placed in the body. According to the legend, the parents found the child still for a time immediately after birth, then the child began to behave normally. Thereafter, that boy grew up called Muthukutty in human history, and Sampooranathevan in Ayyavazhi mythology.
Muthukutty, a religious boy, had special interest in the worship of Vishnu. The holy book Akilam mentions that he had set a pedestal for Lord Vishnu in his house and worshipped the deity devoutly. At the age of seventeen, Muthukutty married Thirumalammal from the nearby village of Puviyur, and started a family with her. However, some believe that they were not married at all, but that, she had come to live with him only to serve him during his public activities. Thirumalammal had been previously married, but left her former husband to marry Muthukutty. According to quotes found inAkilam, they had a male child, who was sired by her first husband. Muthukutty earned his living as a Palmyra palm climber and as an agricultural laborer.

In his twenty-fourth year, Muthukutty was struck by a severe illness and suffered for a year. His mother took her sick son to the temple atThiruchendur, during a festival in Thiruchendur. There, Muthukutty went into the sea and disappeared. The parents searched for his body for a whole day. According to legends, on the third day, Lord Vishnu ( Ayya Vaikundar) appeared on the sea-shore. On seeing him, Muthukutty or Samboornadevan's mother mistook him for her son and tried to embrace him. But the god (Ayya Vaikundar) told her that he was no longer her son, but the son of Narayana. Then he started walking towards Detchanam. This place became a holy place for the devotees of Ayyavazhi and they erected a temple there named Avatharappathi at Thiruchendur. This event is celebrated during the festival of Ayya vaikundar avataram.

The incarnation of Ayya Vaikundar

Ayya Vaikundar, who arose from the sea at Thiruchendur (As per Akilathirattu Ammanai) on 20th of the Tamil Month of Masi, (March 4, 1833 C.E;3/4/1833) is considered a unique Avatar by the followers of Ayyavazhi. Akilam, speaks about it in great detail, as summarized below:

In each of the five yugas prior to the transformation of Ayya Vaikundar, as each fragment of Kroni (evil or Devil) came into physical form, the Lord Vishnu incarnated as well, destroying them. However, in this the sixth yuga, the evil was called Kali, (not the Hindu deity) and having no physical form (see Pre-Incarnational Events for this account) he occupied the mind of people of earth as the Mayai (illusion), causing them to behave discourteously. Kaliyan claimed, it was impossible to destroy him in this yuga as in the previous ones as he held the boon from gods, it was impossible for Narayan, or any others, to incarnate in the world to destroy him.
Since God could not incarnate directly, He incarnated as Ayya Vaikundar in three stages.

Having reached Poovantanthoppe, (present-day Swamithope), he undertook to perform a penance. The penance consisted of three stages, each spanning two years. There is a tradition that describes his postures during the six-year tavam as follows: during the first two years, he stood inside a pit of six depth, during the next two years, squatted on the ground, and, during last two years, sat on a raised platform. His appearance was squalid, "long and entangled plait of hair" and frayed clothes. He spoke less and subsisted on frugal meals.

Akilattirattu speaks of this act of incinerating the evil spirits as an important event in the incarnation of Ayya Vaikundar. It took place when he was performing his great penance, which had been announced by him to be the means of destroying the kalimayai - the illusory evil force. He, then, gathered the people around, and caused some of them, both male and female, to get possessed of the evil spirits (peyattam). The possessed ones came and danced in front of the crowd as if the evil spirits had come upon them. Vaikundar, then, ordered these evil spirits to make an oath, in front of the people, to surrender their powers and get burned up in flames. When he had finished his orders, those dancing under the duress of possession got exhausted and fell flat on the ground. Thus the evil spirits were incinerated.

Seizing the powers of witchcraft, sorcery, and other esoteric magical practices

Similarly, Vaikundar performed another action to 'seize the esoteric evil powers'. Akilam says that, he took away the powers of those who knew to perform witchcraft, sorcery, and other magical rituals. People living in the hills, called as Kanikkarar, were believed to be powerful shamans or witchdoctors, having powers to contain or to provoke the demons. Vaikundar, in a trance, made some of these Kanikkarar to testify in front of the people that they had surrendered their powers. People grew appreciative of Ayya's actions. They began addressing him as Vaikuntacami. This implied an attribution of divinity to Vaikundar. Vaikundar exhorted the people as follows:
"There are no demons, no devils, No ill effects of magical practices, No disease, no pain, and no extortion of taxes, And, therefore, live courageously." The things used by Ayya; 'Surai Koodu', 'Pirambu' and 'Thandayam'.
The fame of Vaikundar had begun to spread in the countries of Travancore and Tirunelveli, and he had been gradually recognised socially as a religious person with extraordinary powers. In the religious parlance of the time, he was addressed as a Pantaram, a religious person hailing from, and serving the ordinary folk. Akilattirattu addresses him as NarayanaPantaram.
People came to him to listen to his teachings and instructions, to be cured by him of different diseases, to witness, worship and serve a religious person. Vaikundar encouraged the people to come together around a well to take a ritual bath, irrespective of caste differences. He encouraged them to dine together in his presence.
He gave out a number of teachings and instructions, the central point of which was that he had come to abolish Kali Yukam, and to usher in an age of Dharma Yukam, during the time of which the now-oppressed and suffering people would be liberated and rule the land under his leadership. 'Uplift of the lowly is dharmam’ was a constant refrain in his teachings. People were encouraged to serve as catalysts for the destruction of Kali by transforming themselves to be 'people of Dharma Yukam' and to acquire a new character. The new character would come upon them, he said, if they learned to live with self-respect, social dignity and fearlessness. Underscoring the importance of self-respect and social dignity, he said, ‘if one lives with dignity and self-respect, the kali would destroy itself’ . He said when people grew out of kalimayai, Dharma Yukam would unfold itself and in that age, he would rule over the people as Dharma Raja, the king of Dharma Yukam.

Against the background of the growing popularity of Vaikundar, and the convergence of people around him in multitudes, a complaint seems to have been lodged against him with the king of Travancore. The king arrested Vaikundar and tortured him[not in citation given].[26] There is an opinion that Ayya was arrested on 11 November 1839.[27] But the date is not mentioned in Akilam.

After he returned from imprisonment, Vaikundar inspired a group of his devotees to undertake a religious exercise called Thuvayal Thavasu.[28][29] He also practiced several miracles. He married the Saptha Kanniyar as Narayanar (see:Marriage with the Seven Virgins), the Seven deities in the form of Ekam (see:Marriage with the Deities), He initiated a lot of festivities around him (see:Festivals and Celebrations)." The deities were made to 'come upon' some of the female devotees who became their human media, and then a marriage ceremony was performed with these human media. There were ceremonial processions held amidst singing, incantations and shouts of joy by the followers. Several rites and rituals were instituted during these occasions.

Later Vaikundar was invited by his devotees to their homes and treated in a grand manner. By way of soliciting his blessings, his devotees carried him to different places. During these occasions, he laid foundations in various places for small shrine-like centres, called as Nizhal Thangals. Vaikundar came to recognize five individuals as his closest disciples. Through one of his disciples, Hari Gopalan Citar, he wrote the holy book, called Akilam.
On 3 June 1851 Vaikundar attained Vaikundam (died. see also:Attaining Vaikundam). However, Samuel Mateer mentions the year as 1848. But today most of the historians opinions it as it is mentioned in Akilam. As he attained Vaikundam his body was interned in a tomb and, around that, a pati (temple) was raised later on. His devotees continued to visit this site, and performed the rituals as they used to do when Vaikundar was bodily present. His life and works remain the foundation of the Ayyavazhi. The head temple of the Ayyavazhi religion is the Swamithoppepathi and is located in the Village of Swamithope.